In addition to his writing, Mike was active for several decades in numerous campaigns for social justice. In the early 80s he was a youth worker and trade union activist. For twenty years he was an active member of the Labour Party, and a long-time editor of and contributor to Labour Briefing. In 1995, he helped set up Hit Racism for Six, a campaign against racism in cricket. After leaving the Labour Party in 2000, he helped establish both the Stop the War Coalition and Iraq Occupation Focus. On February 15, 2003, he was a speaker at the the half million strong anti-war demonstration in New York City. He was a member of the NUJ, and lived in Hackney with his partner Liz Davies.

As well as his many books, Mike published articles on a wide variety of topics in (among others): The Guardian, The Independent, the Daily Telegraph, The Observer, Index on Censorship, BBC History Magazine, New Left Review, Red Pepper, The Morning Star, Race and Class(in UK), The Nation, Colorlines, Socialist Worker, International Socialist Review (in USA), The Hindu, India Today, Hindustan Times, Indian Express, Frontline, Outlook (in India).

Mike also published longer articles and essays in a number of book-length collections and anthologies, including: Nothing Sacred: the New Cricket Culture (Two Heads, 1996), Race, Sport and British Society (Routledge, 2001), The New Ball (Mainstream, 2000-2002), Beyond September 11th: An Anthology of Dissent (Pluto, 2002), Following On: Post-Colonial Cricket (Routledge, 2005), Selling US Wars (Olive Branch Press, 2007), A Time To Speak Out (Verso, 2008), Midnight on the Mavi Marmara (OR Books, 2010) and Utopia, an anthology published by Five Leaves, 2012. A chapter of his work is anthologised in The Picador Book of Cricket (2005), and there is a lengthy interview with Mike in Muhammad Ali: Through the Eyes of the World (2003). An essay on US sport in a global context has been reproduced in a widely used Prentice Hall textbook/reader entitled Common Culture (6th Edition) edited by Michael Petracca. His essay “Why Cricket?” was published in Wisden Asia, 2014. He was also one of the contributors to Sachin Tendulkar: The Man Cricket Loved Back (ESPN Cricinfo, 2014).

Mike wrote Level Playing Field, a column on politics and culture for The Hindu Sunday magazine, one of India’s largest circulation English language publications, and Contending for the Living for Red Pepper.

In 2004, he wrote and presented an hour-long BBC Radio documentary on the history of Pacifica, America’s alternative radio network. In 2005, Mike Marqusee was named an Honorary Faculty Fellow by the University of Brighton in recognition of his “contribution to the development of a critically-based form of journalistic scholarship in the social, cultural and political nature of contemporary global sport.”

In 2007, Mike was diagnosed with multiple myeloma. Since then, he published two books of poetry and contributed articles on a variety of topics to Red Pepper, The Guardian and other publications. In 2009, he began writing articles on cancer-related subjects, which were collected in The Price of Experience, published by OR Books in May 2014. Mike died from multiple myeloma on 13 January 2015, in London. 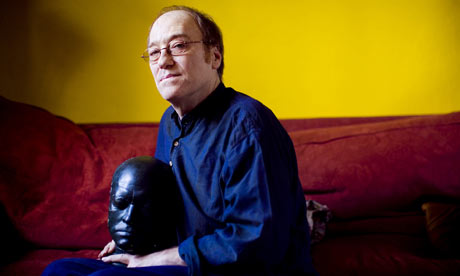